Under a mushroom and that port wine birthmark 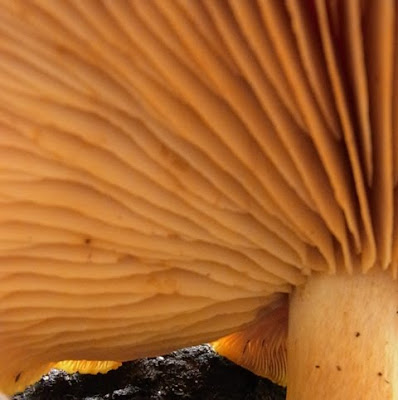 "Though some suggested that he might have his prominent port wine birthmark surgically removed, Gorbachev opted not to, as once he was publicly known to have the mark, he believed it would be perceived as his being more concerned with his appearance than other more important issues."
- Wikipedia entry for Mikhail Gorbachev

But did everyone get the memo? 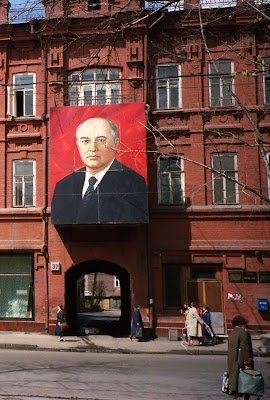 "Patriotically, I refuse to paint a port wine birthmark. Make it vodka, or I'll let them see borscht!"
Posted by anna tambour at 1:09 pm