Cowering kings
The parrots hereabouts are flighty, these winter days, as a lobster at the sight of a restaurant. With that wedge-tailed eagle cruising silently, the parrots have due cause. Not a single king parrot here might say, "Alas, poor Yorick" at the sight of a clump of feathers or a flightless feathered wing, but they sure know the meaning of mortality.

So it is with heavy heart that I heard of a certain parrot by the name of L______ who lives unencumbered by the threat of raptors, only to be terrorised by one of his own kind. Or maybe that is a feint for a shyness without excuse: either a morbidity of the soul or an existentialism much too heavy for anyone who weighs less than a supermarket magazine.

I was delighted therefore, to receive in the mail, an offer from a fantastic new multimedia club called "Featherpress Editions".

This wise concern must have been reading my mind because the offer was addressed to L______, saying

This book can be yours soon if you ACT NOW. Several parrots have been transformed by the tips in this indispensable guide, written by the author of such classics as
SOFTIES AT HEART: THE SENSUALITIES OF BULLS
SIT: THE AUTOBIOGRAPHY OF A CANINE NANNY
PARROT CHATS
THE UPPER STOREY: HOW TO RENOVATE INSULATION
&
SOME OF MY BEST FRIENDS: A CORN SNAKE'S REMINISCENCES OF LIFE ON A FARM

5 Excerpts from 7 DAYS TO CONFIDENCE:
from Chapter 3: "Stopping bad habits"

Shifty eye
Teach your human to look you in the eye, explaining patiently how eagles never do. The sooner your human realises that you are not a cat, the easier it will be for all. Tell them that you size up a personality by engaging eye-to-eye contact.

Silence is suspicious
Eagles sneak up. Humans shouldn't. They need to be taught to verbally and musically, communicate. If you can't teach them music, then at least, teach them to converse. They probably won't make any sense, but as long as they're chatting, they're not eating you.

Demand your privacy
Just because your humans don't value it, doesn't mean you shouldn't demand it. If you are housed near some obnoxious object, be it a human child or adult who doesn't worship you, or some insufferably pushy parrot, train your human to use its body as a curtain in your interactions with it. In doing so, you can eat your proffered banana or date or nuts in peace, or if there is music you wish to dance to, you can dance to your heart's content without worrying over some other parrot's cracks about your rhythm.

Demand your intellectual freedom
Are you put upon by your human to be chummy at its remembrance and whim? Perhaps you are an introvert, and resent this forced social interaction. Assert yourself by making clear that you aren't shy. You are just thinking. You need the next guide in this series: Choose either SELF-ACTUALISATION FOR THE FEATHER-TONGUED or CRACKING NUTS MENTAL

Make yourself small
You know they're the nastiest, so hunch while you open your beak. You might be the largest parrot in the world but if you act like a tiny handful, you'll soon gain respect. Think you can't hunch? Just think about that little snack who flew at you and plucked a beakful from your crown. That's motivation! Now concentrate: hunch, open wide, and you won't even have to screech. But if it helps your confidence, screech away--minding yourself to remember to screech when your humans are out of the environment. They are inclined to be flighty at certain sounds, which can damage your health.

Caution: Not to be used to cure adolescence, 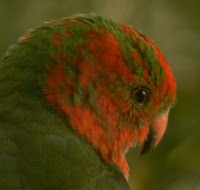 which nothing can cure but age. 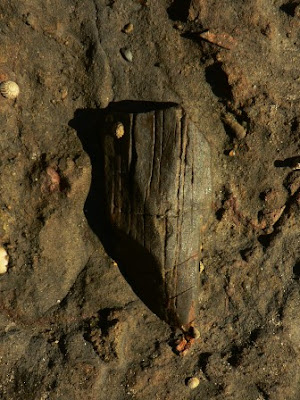 Editor's suggestion: Insert comma between 'all' and 'they'.
Posted by anna tambour at 2:35 pm 2 comments: 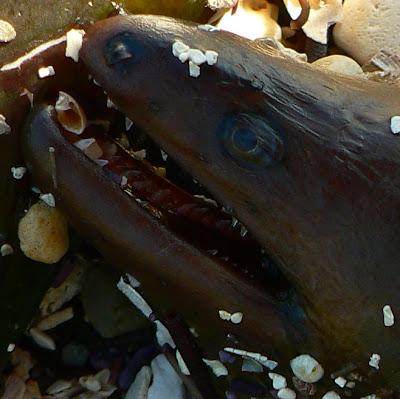 Gymnothorax prasinus
Known by many other names, including the Green Moray Eel, Brown Reef Eel, and the Pettifogger.

Eels, even brightly lit, have such an air of mystery. This young one was washed up on a beach.
Posted by anna tambour at 4:34 pm 7 comments:

coming in Postscripts from PS Publishing . . .

Stories are like birthday party goers. I just love for a story of mine to sit beside those of some of my favourite authors, particularly when they don't behave themselves. So I'm thrilled to announce that my youngest squalling brat, "Marks and Coconuts", will be sitting with I-don't-know-who but I'm sure they have interesting fauna behind their ears and will be sure to say all the wrong things—in an upcoming PS Publishing's Postscripts edited by Peter Crowther and Nick Gevers.

(And I just noticed that Jack Dann and Barry N. Malzberg announced in May that they sold a story called "The Rapture" to Postscripts, and that this story includes an "angel that wears ill-fitting corduroy suits". Lucky for them that Postscripts doesn't have a dress code, though I'm suspicious about that 'ill-fitting' which usually means there's stuff in pockets that shouldn't be. I'm not accusing, mind you, but I've told my little innocent to make sure that their story doesn't take the cake.)

I have wanted a story of mine to be in Postscripts for many years, not just because of the company my little brat would keep, but because of PS Publishing—a heavenly publisher for several reasons.
Check out their novels, art books, new releases, and 'Unmissable Deals' here.

Finally, I don't know which issue of Postscripts "Marks and Coconuts" will appear in, but I will say, quite immodestly (with many thanks to two brilliant critics, Ben Peek and Richard Glatz), that it is a cracker of a story.
Posted by anna tambour at 3:52 pm 2 comments: