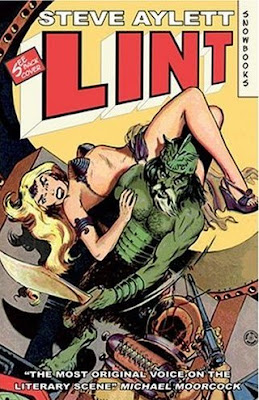 LINT by Steve Aylett is in the top ten shortlist of World Book Day's "Spread the Word" competition, thanks to those who voted —no back rooms or judges with taste better than yours in this competition!

So now, no matter where you live and no matter what species you are, if you can stomp on keys, even YOU can vote and make that final difference.

And you know you can believe me when I tell you that only for LINT (a book I've raved about before) and only in honour of Jeff Lint's immortal tackiness would I ever put an animated anything on my oh-so tasteful site.
Posted by anna tambour at 2:29 pm