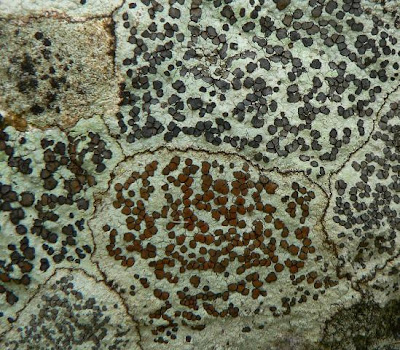 The study of lichen population biology has been lagging behind that of other groups of organisms, mostly due to technical problems rather than a lack of interest. Basic questions about lichen dispersal, biogeography, speciation and evolution are still largely unanswered because of this lack of population studies.
– "Local population subdivision in the lichen Cladonia subcervicornis as revealed by mitochondrial cytochrome oxidase subunit 1 intron sequences",
by Christian Printzen and Stefan Ekman (Universitetet i Bergen, Botanisk Institutt, Allégaten 41, N-5007 Bergen, Norway), Mycologia, 95(3), 2003, pp. 399-406, published by The Mycological Society of America
Posted by anna tambour at 10:01 am