"My sweet tooth remained firmly in control until the age of four, when, emulating the passions of grown-ups, I began to explore the hot and sour."
– Madhur Jaffrey (born 1933), Climbing the Mango Trees: A Memoir of a Childhood in India

We live in a time when vegetables aren't allowed to be vegetables, but candy substitutes in toy-bright colours. So it is perhaps in keeping with this supersweet sugar-teat taste that a protective stance has come into fiction, to protect us from growing past infancy. Who first brought it down from the Mount, I don't know, but it's Number 2 in the current Ten Commandments to Writers (Commandment Number 1: Write Every Day, whether or not you have something to say.)

Commandment Number 2:
Your reader must sympathize with your protagonist.

As if that weren't enough, this is Commandment Number 3: 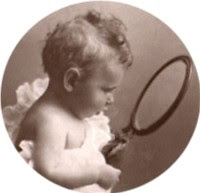 Your reader must identify with your protagonist.
Accept dumbly, repeat and swallow. If these commands-without-reasoning were only Rules that writers were trying to follow or not, at their peril, that wouldn't change society. Readers on the plains would still be innocent sinners, cavorting as they will, consuming a bit of bitter here, a touch of sweet, the shaken and the stirred as adults do, in a free society. They might have to get their heretic fiction in the form of samizdats scratched on the backs of melon rinds, but they'd still have adult fiction.

"All of this however is for naught if the reader doesn't sympathize with the protagonist."

"I found it easy to sympathise with J…"

"…they are ultimately the reason we come to sympathize with C…"

"This is problem one: I didn't like the protagonist."

"A well written story with a nice ending but it couldn't grab me, mainly because I couldn't identify with the protagonist."

But priests have laid waste to the plains, and now so many readers act like they believe or think they must, that the reading of fiction has become an act proscribed, and the private pleasures readers had in their their time of freedom when a story was a story, forgotten as the bounty of Astarte. And thou, you reader you, shalt know the meaning of Protagonist.

"I'd care more about the protagonist if…"

Even the Other Ten Commandments aren't followed quite as rigidly. In fact, breaking one of them is the basis for not only the American Way of Life, but the economic structure of the world. Thou Shalt Covet They Neighbor's Riches, Fame, Newest Electronic Device—Or, as we are told: we face another Great Depression.

So why is a writer now expected to produce a protagonist who a reader finds attractive and must sympathize (or sympathise) with, and even identify with—unless, perhaps, these rules have been created to make fiction sweet soma sucked in dreamless sleep, an experience completely free of stranger danger. 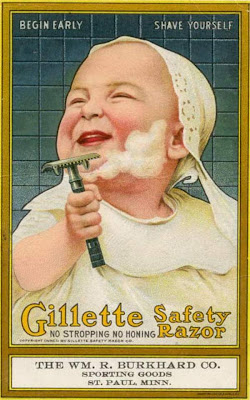 "I wish I could find the kind of books now that I read as a baby."
Sympathy for the devil, and please pass the ketchup to the wolf
Why shan't a writer have a protagonist that said writer finds repellent, though s.w. doesn't make this fact known? I often write about people I disagree with, people I wouldn't want to have anything to do with, in real life. They are complex, just like people are in r.l.

I have a rule about friends in that life. Think of the good parts. But back to characters who aren't so attractive. They are just as real as… no, actually. They are more real. And they are more spread out amongst the human fauna, and with much greater diversity—and isn't diversity supposed to be good for the planet? But back to following those Commandments. Yes, my fiction earns me lightning bolts that sting like the lines in italics above. I do have secret favourites in my stories—though as with taste in men and all friendships: some would say bad taste, and others: shocking! Whatever, I keep my affections as hidden as lovers in a farce.

As a reader, I don't want to meet the writer in any shape or thought in fiction (and only rarely and briefly in non-fiction). When reading, I want to form my own relationship with the story, my own thoughts about the people in it. I consider writers who blab about their characters, crass and indiscreet. So as a writer, I hide my feelings. As a result, there are readers who have cried with sympathy over people in my fiction who I would love to anoint with boiling oil. Wonderful! That's what makes true adulthood more like lime pickle than a spoon of sugar.

Olivia over at The Independent Book Review might also be inviting lightning bolts. She recently wrote:

"Is it fair to judge a book by its narrator? If I despise a character (especially a narrator) so much as to lose total interest in what they are saying, is it fair to hate the book itself? Humbert Humbert is certainly despicable, Raskolnikov not above reproach, and yet those books enraptured me and held me skillfully in their presence years after first cracking open their covers. Perhaps the difference is simply that Dostoevsky and Nabokov did not try to make you like their creations. Hillary Thayer Hamann tries desperately to make you first identify and then empathize with her heroine Eveline Aster Auerbach in Anthropology of an American Girl…"

And so, away from religion, tastes are vary. I've always had quite a bit of sympathy for Humbert Humbert, though I consider no one likable in this story, nor do I identify with anyone. But I've always considered those likability and sympathy aspects irrelevant in my reasons for thinking Lolita one of the greatest novels of the twentieth century. This exploration of individuals and their motivations in a society that is surveyed with the same forensic dedication is a masterpiece of satire and tragicomedy.

It is funny in a way, that as a manuscript by just some author searching for a publisher, Lolita would have more publication problems today, for even more reasons, than at its years'-long birth.

Perhaps the imperative that today's readers must like and identify with a protagonist is the imperative that makes millions join Facebook and Twitter, or be damned to die out in the wilderness. We must all have instant gratification and constant reassurance that we are loved. That's only natural, needed by all babies. 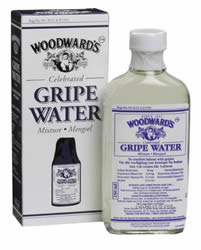 "When I was about three or even younger and living in Hua Hong, I took an overdose. Mum said I really liked Gripe Water and I must have downed half a bottle of it."
— I Am Sarawakiana
Posted by anna tambour at 11:12 am

I believe Pale Fire's even greater. As for the rest of this post, huzzah! and amen.

But there is a difference between a protag. you don't care for and one you don't care about, I think. Humbert frequently moved me to depths of loathing, but better animosity than apathy.

Pale Fire. Delicious! In that vein, may I recommend Steve Aylett's modern classic, Lint, followed by And Your Point Is? Scorn and Meaning in Jeff Lint's Fiction, edited by Aylett. I've featured an excerpted essay from Scorn in the Virtuous Medlar Circle here.

And as for apathy, I didn't quite know what to say about this. I certainly agree with you on one level. "Please make me worth loving or despising," could be the prayer of people in a relationship, as boredom is the greatest killer. But I'm also reminded of the woman who won a trip around the world, and was too apathetic, after weeks at sea, to get out when the ship landed at a continent she'd never seen. Boring people are the most bored, as everything that doesn't relate directly to them, bores them. That's not to say that there aren't way too many characters in fiction (as well as the stories they travel in) that also move even scintillating me to apathy. And as for movies, cgi has enabled movies to produce apathy creators on an industrial batching level. I agree with the statement, "The development of CGI special effects has contributed to the death of character and story." But back to my original aside. I must admit that the port town was so boring, I can only remember 1) its name, and 2) it didn't rock.