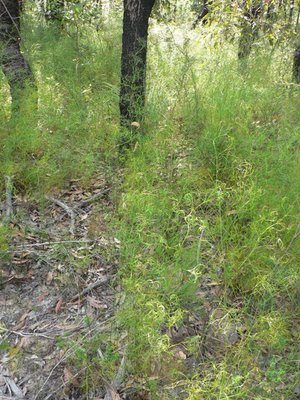 On a path, a dragon lizard basks. I think this is a Tympanocryptis diemensis, commonly called a mountain dragon. 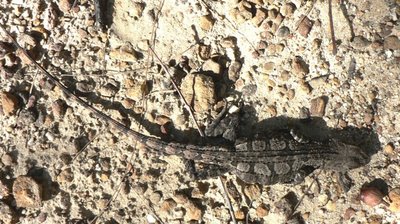 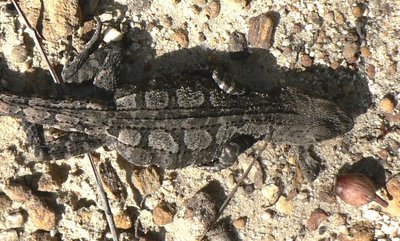 Here's a picture taken of another lizard, trustworthily labelled T. diemensis by a more herpetologically aware photographer, so you can compare the two as well.

Moments away from above sunbather, and 500 metres further along the path: 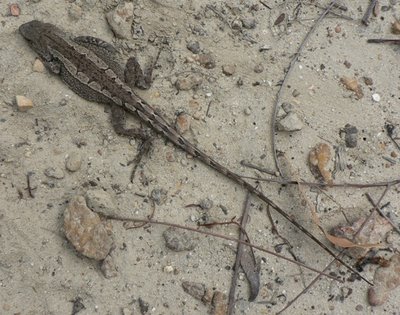 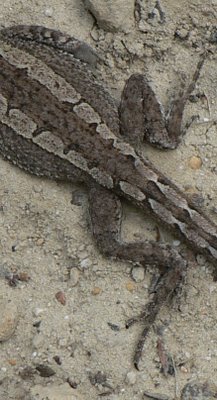 Here and now it's easy to compare these two, but if this were a crime scene, what would memory have confidently declared? 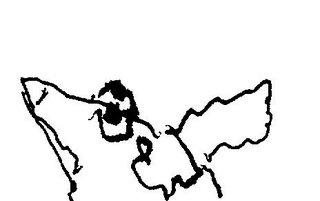 As to whether dragon #2 is also a T. diemensis, I don't know, and am not going to assume. And does it matter, really, if I cannot tell you anything else about them? I came upon a female dragon once. She looked much like these—not basking, but laying eggs in a hole in the middle of the sunwarmed path. She was a type of dragon lizard, but Australia sports dragons in 60 flavours, not to mention an unparalleled variety of other lizards, many of whom have names longer than what's known about their lives.

These October posts are great, and I envy your ability to include such interesting photos. The "arch" is remarkable, the quince reminds me of the bizarre large, knobby lemons we used to have on a tree in Emeryville, and the lizards are like subdued dragons waiting for their prey in camouflage. (Our current not-quite-plague of grasshoppers here in Prescott have similar earthy colors and markings, as do some of our lizards -- though not the ubiquitous many-striped skinks, which are dark green with narrow "racing stripes".)