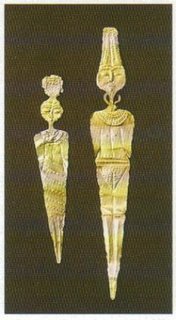 What god gives men blank cheques
to spend life liquidly in his name?
The same that sits calmly
watching almond trees
explode pink blossoms
into smoky skies
to snow upon
the rubbled flesh
of others of his
created.

What god
celebrates
his name being called
as the last act before murder —
the Act of our species.
We have created
the creature called War —
with a longer memory
than the elephant
and a longer tail
to lash the living
throughout the
generations.

What god pets this creature,
warms to its purr?
No god, for we were made —
our species — not for hating,
but to mate together.

God's-will,
we should be making mongrels now,
not war.

Rulers justified their conduct by making conquest a religious duty and giving credit for victory to their gods. 'Enlil did not let anyone oppose Sargon,' an Assyrian text asserts of the man who destroyed Israel in 722 BC. The Israelites, for their part, saw nothing outrageous in statements like this from Exodus: 'The Lord is a man of war; the Lord is his name.'
— Life in the Biblical World by Richard Walker, Reader's Digest, 1996
This excellent book casts enlightenment upon Truth. It is out of print, though it deserves a place in every library, especially now. "The laws of Moses and Hammurabi contain some striking parallels..."

(Her name is Astarte, bumped off by the Lord)
Posted by anna tambour at 6:11 pm

Beautifully, horribly, pertinent in these days of "sectarian" wars. It couldn't be said better.