"I cannot tell a lie" 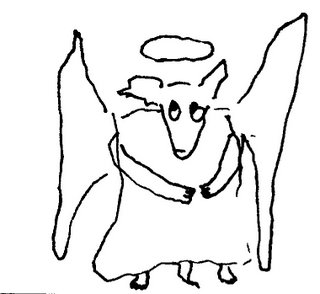 "Human beings and higher apes . . . are the only species capable of intentional deception," writes Kathleen Carmody in the Sydney Morning Herald's guide, for Catalyst: How to Catch a Liar, an ABC TV Science production. Whether she sucked that fact out of her thumb or she copied their publicity blurb, it's time for this statement to be examined.

Is it intentional deception, or just instinctive?

The fact is, this limit of capability is a widely espoused "truth" commonly stated by scientists who regard other species as automatons and animal lovers who romanticise to the point that they also prefer not to look reality in the face.

Luckily, there are people like Eugene Linden. I am an uncomfortable reviewer, so won't try except to say this much.
1) I never recommend anything that I don't love.
2) I think the two books below are the antidote to the false statement about deception.
3) Reading anything by Eugene Linden is a joy and a perception-changing experience.

The Parrot's Lament : And Other True Tales of Animal Intrigue, Intelligence, and Ingenuity
and
The Octopus and the Orangutan

Any honest observer of other species comes across countless examples of deliberate deception, but here are just a few, from my personal experience.

L___, a puppy, was the kind of personality that makes insurance premiums high. After tumbling off a ledge, she had a sore leg for a day, but got so much cuddling that she decided to milk the sympathy by limping whenever she was in view. As soon as I realised that it was an act, the sympathy ended, and so did the limp.

Indian runner ducks sat and flapped their wings weakly ("Our legs are broken. We can't walk.") when they didn't want to be rounded up to go into their pen at night.

P_____, a cat, was a thief who stole for the enjoyment of sitting in the place where the theft had taken place and staring at humans with an expression of innocence. P____ also got away with the thefts for quite a while in the share-house, as one of the housemates had a guilty face.

B____, a cow, got out of a paddock, always an illicit joy. When the escape was discovered, B___ hid behind a tree. The only problem was that the tree was a sapling no thicker than a man's arm. When I reached the other side of the tree, the cow first put her head down, reasoning that if she couldn't see me, I couldn't see her. Then curiosity got the better of her, and she looked at me, and (warning: this is even more unscientific talk) we both (in our own way) laughed.

Anna: I've actually read THE OCTOPUS AND THE ORANGUTAN. I thought it was a terrific, fascinating book.

Spencer: You're a terrific reader and a great observer yourself, so this recommendation from you should clinch the matter. Read this book, everyone!
(btw, Spencer, making any insect cookies these days?)

I haven't made any insect cookies recently, but I still receive a catalog from Grubco, the company from which I bought crickets and mealworms. :-)