Haiti and the shift of Hemispheres 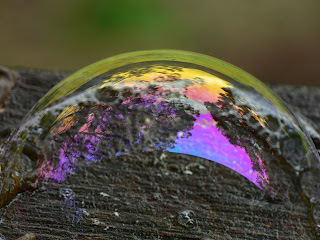 Find Haiti
Haiti is not, as has been widely reported, "one of the poorest countries in the Southern Hemisphere".

Unless nifty Americans like Kathleen Sebelius, ex-Miami Herald reporter Pat Murphy (now opining in the Idaho Mountain Express) or businesses such as Pepco Holdings have hiked the earth's pants up so that they sit just under the man-boobs of Florida and that constitutes a waist, the earth's equator hasn't shifted.
Nor has it shifted where it runs in Africa, as many Europeans think. One of the main men in Roger Federer's charitable foundation was quoted in World Tennis Magazine:

One of the main goals of the foundation was “to help selected poor countries in the southern hemisphere,” Schmocker explained. For example, the foundation sponsored a school in Ethiopia."

So does Southern Hemisphere now just mean any place that you wouldn't want to be stuck in? Or is the definition: aid recipient? If so, the EU should list the countryside of France—and Japan, its whaling ships slaughtering at the expense of the Japanese taxpayer and the name of science—and the banking industry in many places. They're all in the Southern Hemisphere, as is Iceland these days, though it was high up in the North just a short time ago. A case of Global Shifting. In all these cases of Southern Hemispherism, as reporter Murphy advises, it's cheapest for those of us who live in the North to cast them adrift. They're not worth the expense.

And remember to reclassify Australia. We live too well to be in the Southern Hemisphere. Especially compared to the US economy at the moment, we are in the North—and the US better look at the base of its economic tectonic plates for it looks to me that the US is sliding S****. But enough about them. I'm talking now of Australia. Make sure your reporters and opinion makers know Australia is part of the North and of course, the West (another source of mixups).

But remember that the seasons are non-compliant. They don't care what we say.

My favourite Season's Greeting card this year arrived on a broiling day in December. "Happy winter" it said, and honestly, I truly love that though it was a misperception. But that mistake still gives me refreshment, perhaps as much as my snow-laden friend would have got from a hot cuppa delivered by a friendly ghost while friend froze in car, stuck on an ice-locked freeway. That cuppa and a picture of sun and sand and half-naked frolics on a sandy beach.
Posted by anna tambour at 4:10 pm