Lookdown at the lookout 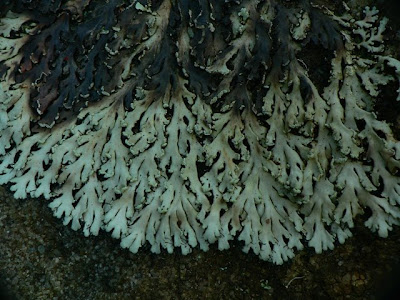 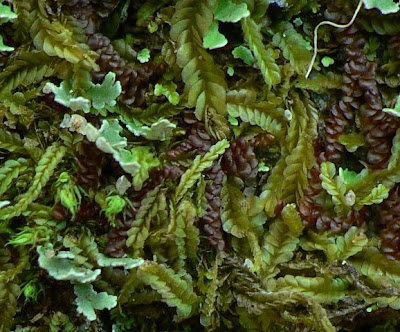 If you, like me till a relative moment ago, think cryptogam means a leg with a secret, see The Australian National Botanic Gardens' fascinating Other Cryptogams.

But "Other?" you say. Never fear. As Other Cryptogams says, "...even experienced bryologists occasionally get confused."

Bryologists now!
If you're confused by that (and who isn't, except for some other -ologists) go get unconfused and potentially obnoxiously informed, by The Australian National Botanic Gardens'
Bryophytes: the world of hornworts, liverworts and mosses

A fantastic field guide
I highly recommend A Field Guide to the mosses and allied plants of southern Australia by David Meagher and Bruce Fuhrer, published by (and available from) the Australian Biological Resources Study and The Field Naturalists Club of Victoria. The pictures are just what this amateur needs, and the thrill of being able to stick little bits of "found this" paper in the book is something I don't have words for. Especially the 'rare' capsule, about which possibly more, later.

And finally, a confession
Though my knees are dirty from crawling, I confess to be horridly disappointed that I have not yet found (or recognised?) a hornwort.
Posted by anna tambour at 10:37 am

Hi Anna. The photos are really cool. But I'm not sure what I'm seeing.

They're cryptic, aren't they? I didn't have any text when you saw this, but I've added text now because otherwise, confusion doesn't lead to knowledge, nor the fun that these links are sure to provide.