Books in Russia: A true story by a friend I'll call 'Ж'

Independent writing and publishing is under threat in modern Russia. The government regularly publishes a list of 'banned books' which are not to be sold in bookshops. Though legitimately published, these books are now in the strange position of being circulated like the samizdat books of the Soviet era (and subsequent editions must presumably be printed in the old basement style.)

The publisher of William Burroughs' 'Junky', Hunter S Thompson's 'Fear & Loathing' and Tony White's 'Satan Satan Satan' (all banned) has suffered at the hands of the Russian government, waking up one morning to find his bed surrounded by police, and awaking shortly after that in a mental hospital — this was a mere 'warning' (he was released after two weeks by an annoyed doctor, who found he was healthy and was baffled as to why he was there). The publisher was also locked out of his bank account.

While in some Western countries the police are seen as a state-sponsored street gang, in Russia the government hire actual street gangs to carry out some of their work for the purpose of deniability: this year the offices of T-ough Press were fire-bombed and a year ago two independent bookstores underwent a similar attack. In many ways the government has changed only in name and the system continues much as before, using many of the same techniques.

Some new methods have been imported from the capitalist West, however. While the Soviet government claimed to have eliminated class but only eliminated the middle one, the vast gap between haves and have-nots is now a matter of money as well as influence. The uncategorized mish-mash of 'modern' and Soviet-style manipulation in Russia is hard for western commentators to get their heads around and requires too much 'backstory' to describe, and so most western media simply ignores it (until someone known to the West is assassinated, and still the story is not adequately explained). 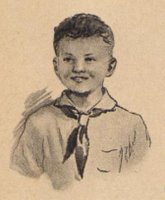 There was more coverage of Russia when the original Iron Curtain existed, because criticism could be used for political ends. Now the Russian leadership is a 'friend' and his methods too similar to those of Western countries to make criticism of it a comfortable experience.
Posted by anna tambour at 8:23 pm

Wow, Anna. That is horrible. I'm linking to this blog post right now. Thanks for bringing this up.

Orwell was thinking about 1948, and now everyone's harking back to the Cold War (in the "dead spy" case, at least), but dystopias this bad are scary wherever/whenever they crop up!

So I assume the hot topic to write about in Russia is Vodka.

Eric and Faren,
Thanks for reading this and spreading the word. As for hot topics, honestly, how could the level be lower than what's hot in the free world?

As for the Orwellian twist as hot news, this stuff is cheery compared to what isn't sensational news but happens to people who don't want to write and read about things that don't matter, in China. Some of them live on in the form of organs transplanted. As for other places like North Korea and Zimbabwe and Burma: books, whah?

Very sad. Russia is still very much "the sick man of Europe", as Winston Churchill put it.
:-(

I thought that at least Russians had more freedom of speech now, but no...

Freedom must be indivisible, and should be universal across the globe: freedom to speak, to whisper, to remain silent, to be disgusted, to campaign, to excel, to learn, to chatter, to be lazy, to read, to hum along, to swap photos and comments.......

In Australia one need only criticise the old Soviet Union, or East Germany, or Cuba, or Mongolia, or Cambodia... to be labelled a "Cold War warrior". Yet those opponents (in the 1950's, 1960's, 1970's) of the communist system - when they decried the loss of freedom and all its concomitant cruelties and oppression - were correct and should be acknowledged to have been correct.

We need to be alert to those who try to limit free speech and free publishing and free thinking.

I certainly agree with your sentiments about freedom to . . .

It's often the case that censorship is deplored everywhere but at home where it's exercised with gusto. McCarthyism was also cruel and oppressive,and is alive and kicking again. Australia has a history of censorship, too, and http://libertus.net/ is a good place to look into it. Singapore limits democracy and free speech, now with the excuse of limiting terrorism, but before 2001, because the leaders didn't trust the people of Singapore. Shouting down a speaker is an old tactic that has not died the death it should have, in any free society. And as for the freedom to speak about the right to death with dignity, in Australia, at least, that's something that's censored, even from the records of Parliament.
http://www.abc.net.au/pm/content/2006/s1731274.htm

As for banning books, please look in my links for the banned books pages. Banning reportage, free speech, free thinking, is a growing trend, not a horror of filmroll history.

and a ps on the euthanasia. It's not only censored. It's illegal.
See:
Law makes euthanasia unspeakable
Sydney Morning Herald
By Geesche Jacobsen
January 6, 2006
http://www.smh.com.au/news/national/law-makes-euthanasia-unspeakable/2006/01/05/1136387573230.html
"WHEN some elderly men and women get together at their local library today to email John Howard to tell him how to hang himself, their act is not just crass, it is illegal.

They are not doing so because they want the Prime Minister dead. They say they are making a point about freedom of speech.

A new federal law that came into effect at midnight makes it illegal to transmit by phone, internet or fax any information that directly or indirectly incites suicide or provides instructions...."