Myths of separation of Church and state 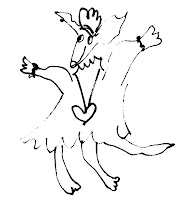 
"The west's separation of Church and state is something to cherish."
— Elizabeth Farrelly, Keeping quiet allows intolerance to thrive, Sydney Morning Herald, Sept 1

Despite cuts in other areas, the Federal Government has announced a $222 million increase in funding for the controversial National School Chaplaincy Programme... Most school chaplains in government schools are employed through a state provider of chaplaincy services. Nearly all providers are Christian organisations.
– Kelly Hockley, Students need school counsellors, not disciple makers, Independent Australia

"In recent times peaceful, let alone fruitful, coexistence between Christian societies and Islamic groups has again become more difficult. The causes are many ... have accentuated the tensions always inherent between a West in which the separation of church and state has become routine, and an Islam that has, often and for long, seen the two as indissolubly linked."
— Harry Gelber, Immigration, the Nation and Multiculturalism, Quadrant Magazine, July-Aug 2011

Religious instruction teachers are forbidden to advocate or proselytise (try to convert pupils) for Christianity or any other religion.
— Religious education in public schools, Colleen Ricci, The Age, 2 May 2011

"in Australia we have a God-given open door to children and young people with the Gospel, our federal and state governments allow us to take the Christian faith into our schools and share it. We need to go and make disciples."
— School chaplains: Time to look at the evidence, Inside Story, 13 May 2011

The jazz singer who isn't keeping quiet
"This is a man [Ron Williams] who's gone to the High Court to get the justice that he believes is due to him - that is the separation of church and state." — Ron Williams is fighting the National School Chaplaincy Program in the High Court, claiming it is unconstitutional.
— Campaign against chaplaincy program reaches the High Court, 7:30 Report,Tracy Bowden, reporter, Australian Broadcasting Corporation, 10 Aug 2011

So why in heaven's name is an ordained minister not a fan of kids learning about right and wrong? Because they provide a secular alternative to "special religious education".
—Dominic Knight, Here endeth the ethics lessons?, ABC's The Drum Opinion

And now, children, we'll learn all about … 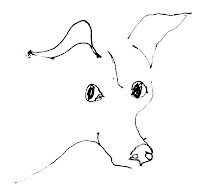 The best morality teachers are dyslexic.

Russell has a relevant book, Freedom of Religion and the Secular State, coming out from Wiley-Blackwell early next year. Lots of Leviathan etc. You might enjoy it.

Thanks for mentioning this book, Jenny. Here's the link to it on Wiley's site. Freedom of Religion and the Secular State by Russell Blackford. 224 pages, AUD $125.00.

As this isn't an art book that is costly to produce, or a collector's fetish, I hope Russell got the size of advance that Richard Dawkins would expect, because otherwise, that ludicrous price is not doing anyone any good, least of all the author. It is priced to be bought by those who run castles, but the marketing department mightn't have noticed that, gardyloo! Even the moats of castles today, are in a state of neglect.

And Wiley isn't pricing for the peasants.

Any book worth publishing, and about such huge global issues, should have a chance to sell enough copies to influence and spark debate and thought the world over.

Russell Blackford is an important researcher and thinker, so I look forward to finding soon that the publishers are taking the Freedom of Religion and the Secular State seriously, and making sure this book gets not only noticed, but read outside castle walls.