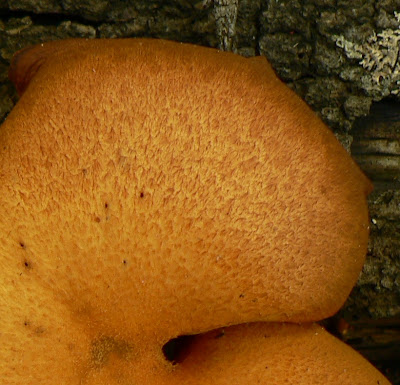 Magic Mushrooms for Your Biggest Organ
It's good that few people read fiction now. If, for example, you've let Jeff VanderMeer tempt you down the dank history of the city of Ambergris, or found yourself rubbing the top of your head while trying to forget Marc Laidlaw's "Leng", you might want to anoint yourself with something containing fungi as enthusiastically as audiences who had just seen "The Birds" wanted to hit the shops the next day, to buy birdfeeders.

In non-fiction literature on information sites and packages, consumers spend their time more wisely than fiction readers, learning that creams and stuff containing stuff from mushrooms have been designed, formulated, tested and proved "amazing"; and not just that, but produced in sufficient quantities that even you can purchase some! And better yet, the mushrooms used for these miracles don't deplete the mushroom-soup population, nor are they called something disgusting like fungus, let alone caterpillar fungus. Not only that, but on an internet site that bristles with Drs and says it is "Recognized by Medical Authorities", it is written: "a mega celeb in the anti-aging skin care market, Dr. Weil, has infused his Origins products —Mega-Mushroom Face Serum and the Mega-Mushroom Face Cream—with an Asian variety of mushroom. Dr. Weil calls this ingredient a major breakthrough."

He isn't alone. Products such as Super Mushroom Miracle that you can buy over the counter promise (under the text's surface) a level of desirability that even prescription drugs haven't achieved, without expensive spells to the peepers of your beholders. No wonder mushroom miracles are popping up all over. Each one is formulated to give you results that are almost guaranteed to be incredibly amazingly unbelievable, but that you can have within days of purchase or in no time.

Birthday candles stop for no one

"Aging is not simply the passage of time marked by lines & wrinkles. Irritation silently simmering within skin's surface may be invisibly aging your skin faster than the candles on your birthday cake. Origins collaborated with Dr. Andrew Weil to create these clinically proven formulas."
– Mega-Mushroom products site

How Wrinkles Have Created Progress
Ever since women were capable of getting old enough to grow to witch age, the skin care market has been blessed with Drs.

Primitive cream sellers grew fat on the odd unleavened bread snuck into their hands when the rest of the tribe wasn't looking, not to mention Dr Viper-Oil and his imitators accruing piles of shells that they traded for coins, by 300 BCE or, depending on how a historian counts, 2500 BAK (Before Anyone Knows). A few smart sellers, bored with pouring their piles of coins over their heads, thought of opening new markets, so they used their coins to fund the building of sailing ships. These entrepreneurs sailed north—some, up around the left side of Spain—some, up over the beaches of the Mediterranean and the Confusing Seas, then up the Steppes and still north—all of them ultimately landing up in lands so cold that those brave explorers knew they had hit the (first *) Lands of Promise. For here, women were fair and beauteous for a week after achieving Womanhood, and then winter hit, and they wrinkled faster than a linen suit, forever.

The Progress of the Anti-Aging Miracle-Workers led, as Common People once knew but have forgot, to History—the unsettling of northern Europe, where before that time, prune-faced hags lived from puberty till death, in ignorance of hydration, and their children and menfolk waxed fat and slothful; and the only axes those tribes possessed were used in the winter, to hack portions of frozen strawberry ice cream. 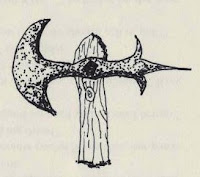 * In Australia (climate: Mars), Drs have fallen to their death, surveying facial crevasses.
" I once left my make up bag at a hotel and had to get them to mail it back to me. It was only when I priced up replacing things that I realised I had ' invested ' thousands of dollars in my face. Sad but true. "
– Australian bon vivant "thirty something"
Why Mushrooms?
If you take a look at the typical government-approved picture of skin, you'll see immediately that Government sees your skin as a disgusting cube of busy gunk. It's no wonder soft smooth skin takes experts in beauty to restore it, not anatomists who don't care about how someone looks. Their picture has hairs long as whale harpoons popping through what looks like a lumpy mattress, and in the stuffing, a tangle of rusty springs and clumped dead rats. No wonder your skin sags, wrinkles, and is something to run screaming from. Whose wouldn't?

Now see this mushroom nestling beside a jar of an unnamed Mushroom Cream. 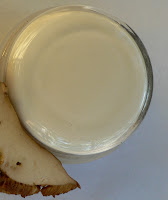 See that the mushroom is like your skin should be, complete with the lovely beauty mark. Here there are no lumpy layers, only such suppleness that the mushroom curves around the jar, like the curves in your to-be-soft cheek, if you purchase now.

Your True Skin Layers
How your skin is really constructed. Two views from noted experts: 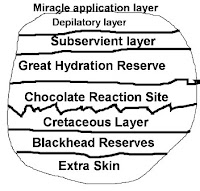 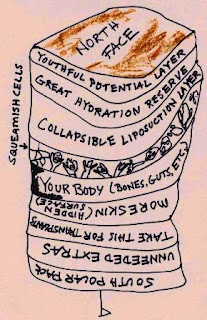 Note that in both of these views, the Elastic has been removed. That is because these model skins belong to size 0 women who have had their Accordion Layer sufficiently vacuum sealed, Not to Be Resuscitated. But fat is a cultural issue to be covered another time. Drs have been expert in rich cures for weight gain and loss, accordionly.


Getting back to skin. Unless you use mega mushroom stuff, never let anyone you want to be your lover get this close: 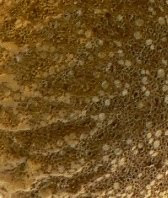 "[the nipple] was so varied with spots, pimples, and freckles, that nothing could appear more nauseous … The fair skins of our English ladies . . . appear so beautiful to us, only because they are of our own size, and their defects not to be seen but through a magnifying glass; where we find by experiment that the smoothest and whitest skins look rough, and coarse, and ill-coloured."
– Captain Lemuel Gulliver

A Salutary Lesson: We all need anti-aging miracles. 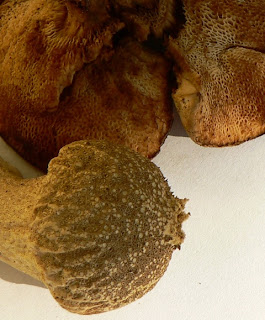 They only read fiction.


After only two applications of a clinically-proven miracle cream,
this mushroom looked like this: 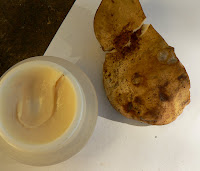 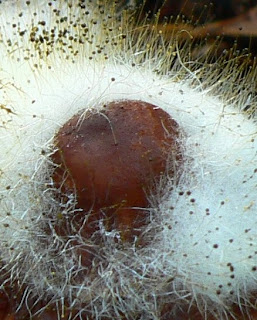 Tho' use all miracles with moderation.

Fabulous. It's a good job my computer is very small and I could turn it upside-down to read the labels on the downside layers in your second diagram.

The last photo might be the top of Rowan Williams' head. After he'd caught the sun at some Druidic do.

Lucy, what a hilarious observation!
But really, dear, why didn't you read the label correctly, by standing on your head, thereby toning and firming at the same time?
ah, no matter about that small transgression in deportment. The image of the archbishop's sun-blessed scalp is making me crack up again. Druidic do, indeed!