from and to a writer who gets form-letter rejections 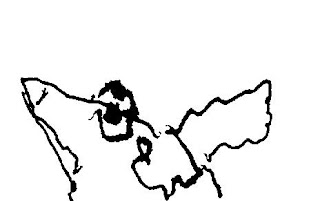 "You want me to go in there? Why don't you sniff, for a change?"

The biggest problem many 'new writers' have is assaying — which piece of invaluable advice is treasure, and which, something better left for experts: a bomb squad or a team in biohazard suits. The following is from a nw who has written some wonderfully crisp and tangy stories, but. My answer follows, but since your advice might be the opposite, perhaps you'd like to toss your advice in for nw's to pick up.

"Most of my rejections are the generic kind with no story-specific comments, so I'm always left scratching my head wondering what the turn off was.

I think every writer has to get the hack stories out of their system.
You know--the God vs. Devil story, the time travel story, the AI story, the robot story, the nanobot story, the dragon, vampire, zombie and werewolf stories ... I have a few stories left that I know are going to be panned (the help line story, the talking sword story) but maybe if I work a little harder to find the offbeat part of each one, they might be salvageable. If not, there's always the bottom drawer. No story is ever dead."

My answer to your hack-story line is, whall, no. There is no reason to be for a hack story that exists because it is derivative, in my opinion. Being a writer isn't like being a potter, which must build on imitation, and for many successful potters, never progresses from there. Writing that is rewarding is the communication of something. It may play with recognisable elements, but that is beside the point. A story worth stealing a reader's time and brain is itself something that has its own life, its own taxonomic category, and one that is worth fierce fights over as to which species the damn thing is—a fight that is ultimately, unresolvable unless it is awarded its own kingdom.

Anyway, that's my opinion. I think that by looking at stories as you are, you are wasting your own capacities and ignoring what has made you what you are today: a thinking person who is highly reflective, but who isn't trusting your own take on the world to be more valid than those who suck their 'works' from the canned goods of others.

What do YOU think?

"Against prevailing dogmas"
Of course, all writers and indeed, all people creating something, even new theories about disease, must learn to constantly assess and assay, as some recent Nobel laureates have learned.

The worst advice can come from the very sources we are supposed to trust the most. Many writers have fretted over their feet not fitting into the footwear of the moment, but shoved them in anyway, just because of a shallow faddish youshouldwrite delivered irresponsibly by a someone in the trade, a someone who's not there when you're ready to dance in those stupid glitsy shoes.

There are sites that bristle with famous rejection notes, but think what would have happened to this soul if he had listened when he should have in those tender formative years, well before he was even a grub of a nw.


"He has the most distorted ideas about wit and humour."
- Arthur Herman Gilkes, headmaster, Dulwich [seriously],
writing to the parents of P. G. Wodehouse

Finds from the Proscriptozoic Era 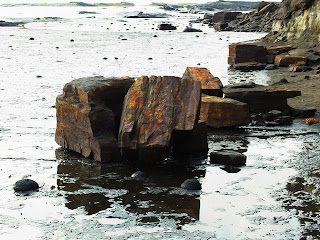 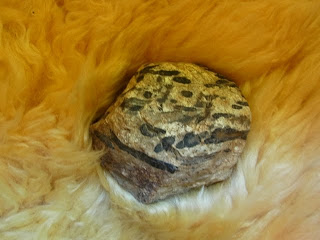 Actual form letter -
on recreated desk of the time
(translation: "We're sorry to say that this manuscript is not right for us,
in spite of its evident merit.")
Posted by anna tambour at 11:29 am