Tonight's sunset—trees are such beautiful filters 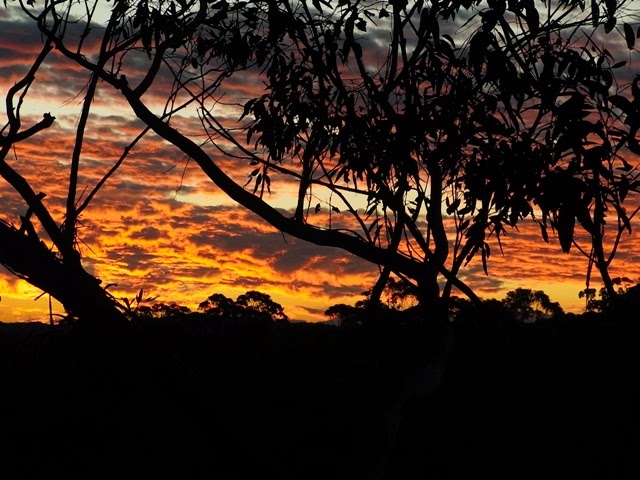 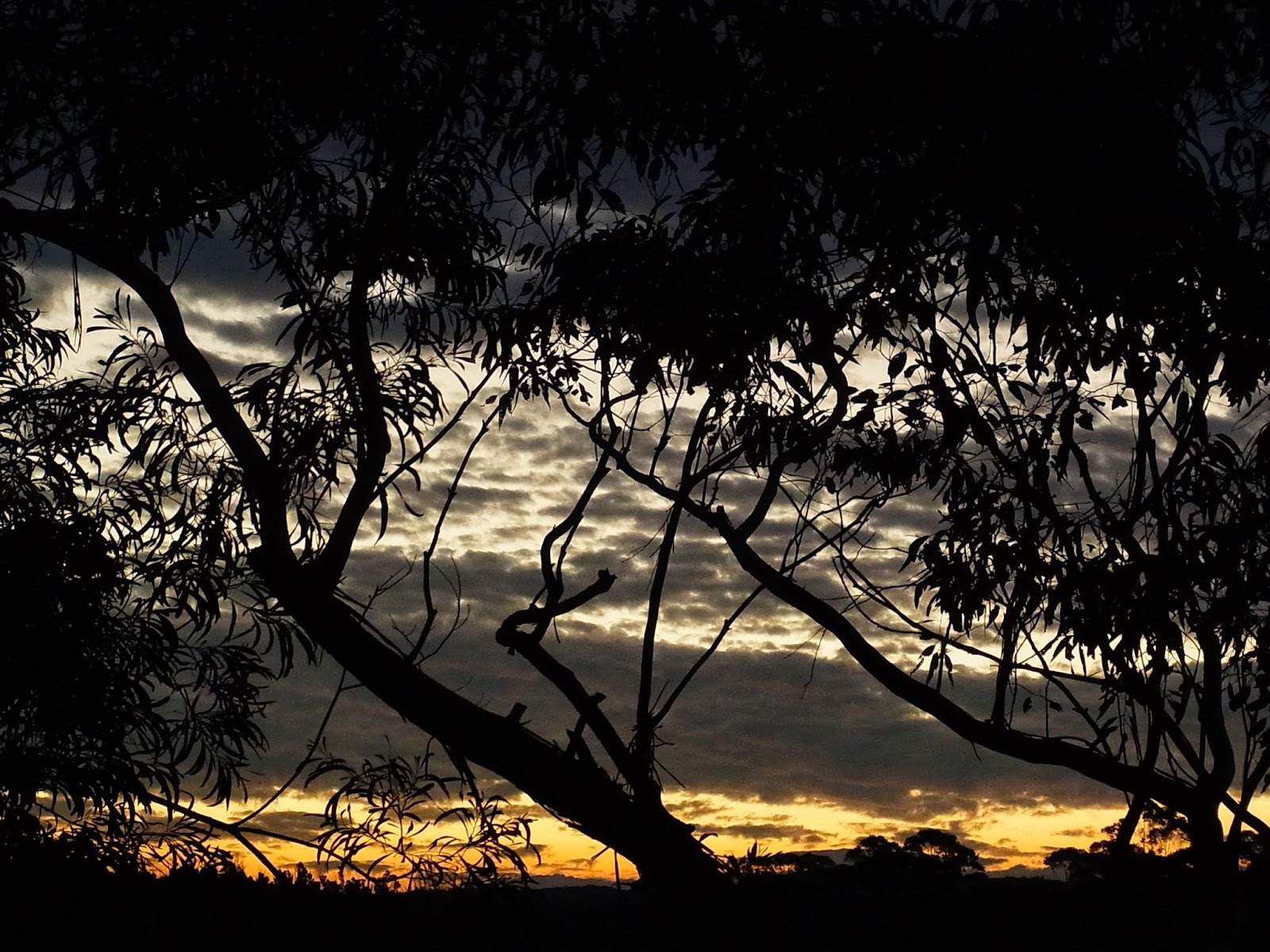 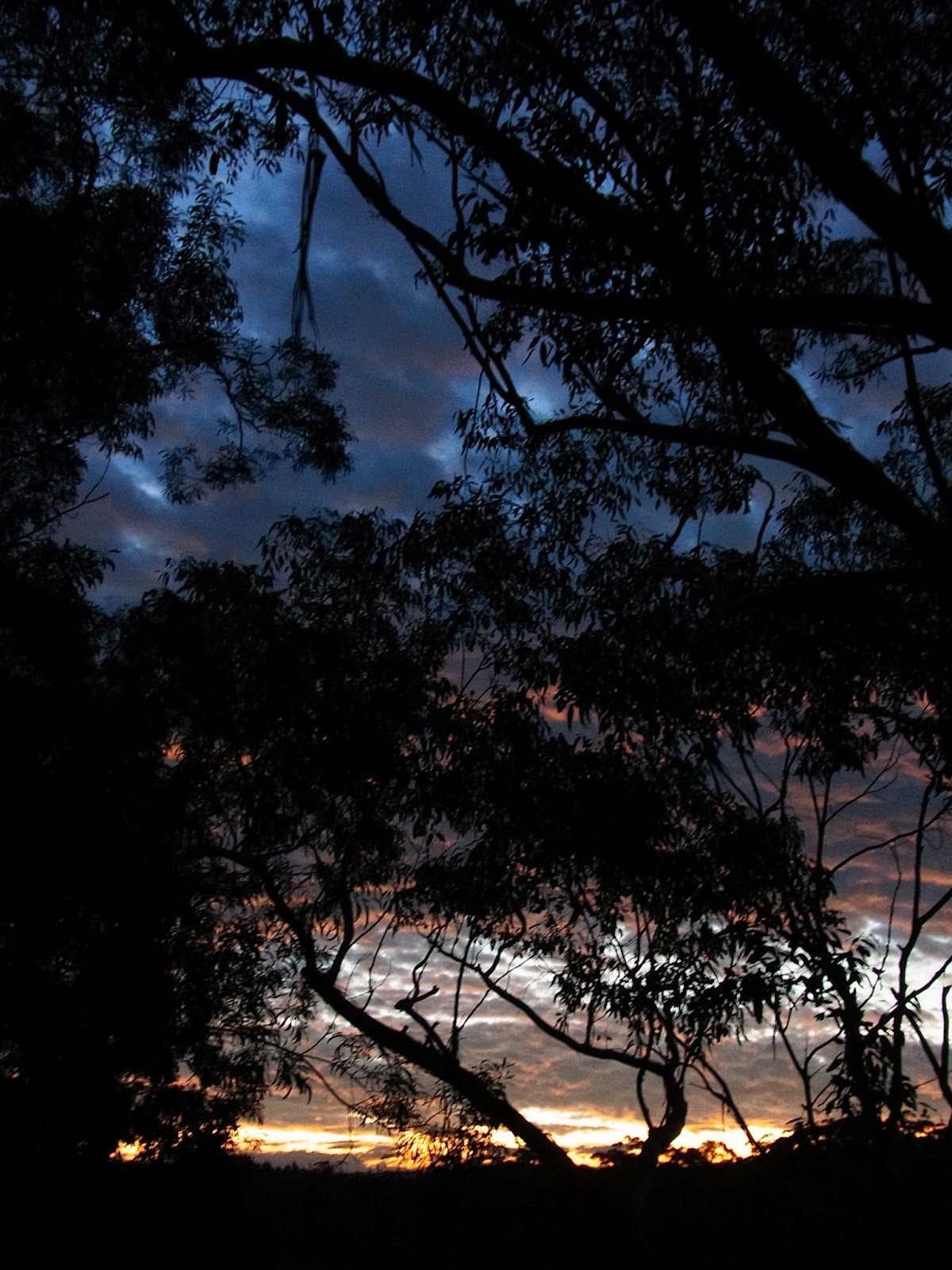 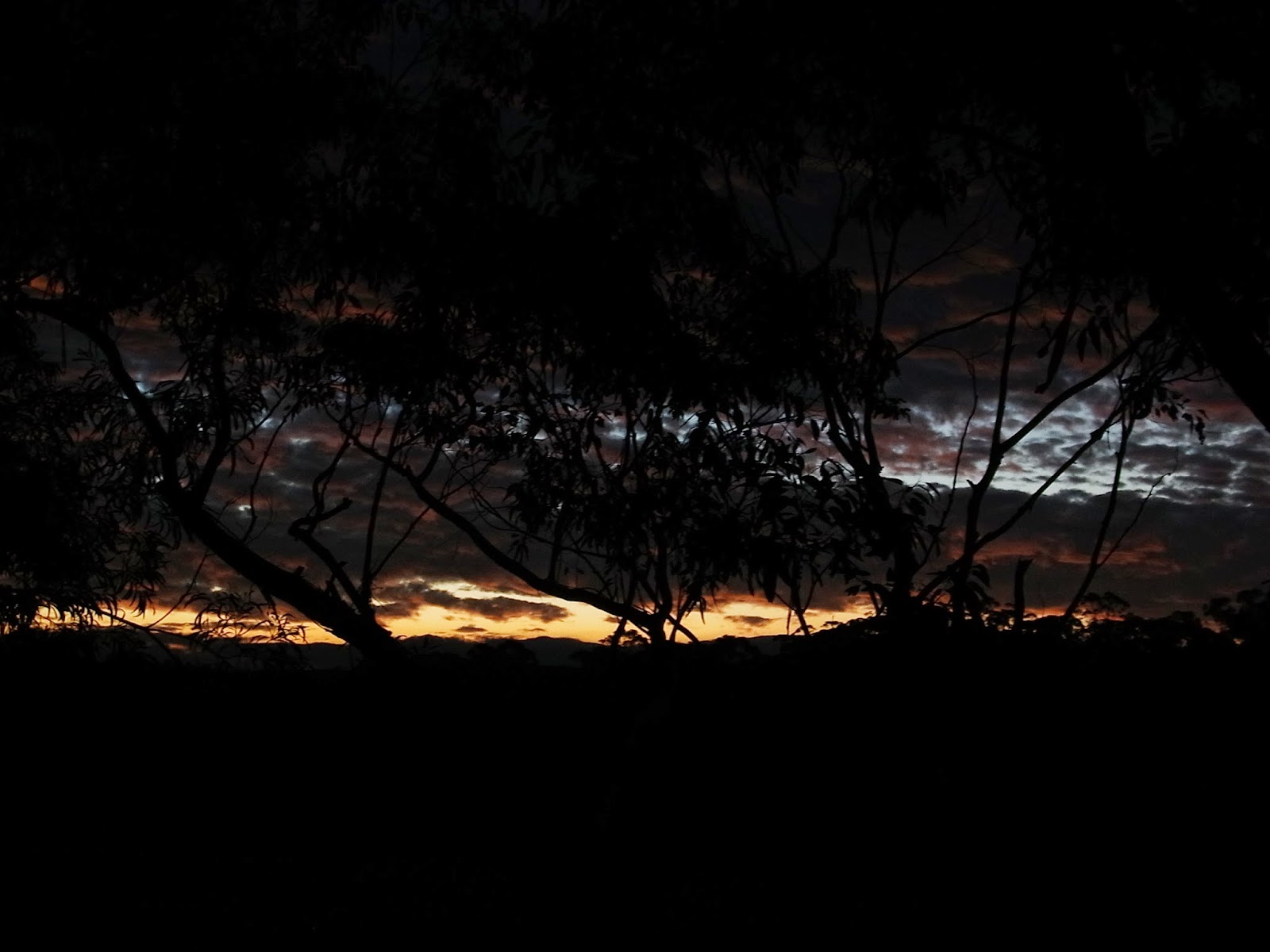 Posted by anna tambour at 6:16 pm No comments:

I can't recommend The Butterflies of Australia too highly 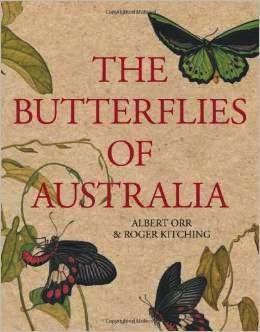 
Ever since reading Fabre, my favourite writing has been not fiction, but the truly fantastic--natural history. Albert Orr and Roger Kitching (with beautiful and highly informative illustrations by Orr) have created a classic. I'm not ashamed to say that sometimes the beauty and accuracy of description has pricked my eyes with tears as only the finest (and most able to communicate) have. They almost excuse the book's usefulness and seduction by saying that Orr's daughter "had a brief enthusiasm for butterflies which she chased in the back garden...There being no suitable guidebook in print at the time, her father prepared a series of rough sketches of butterflies in life, with a short text to help her identify her catch. It was from these notes and sketches that this book was conceived. Although it has since acquired a mature scientific perspective, we hope it retains its germinal spark, first ignited in the soul of a child racing across the lawn with a net almost her own size, excitedly calling out slightly unorthodox Latin names."

There is another Australian natural history book I treasure: Life Stories of Australian Insects by Mabel N. Brewster, Agnes A. Brewster, and Naomi Crouch (Dymock's Book Arcade, Sydney, 1946). Written for children and illustrated internally with simple line drawings, I've found it very useful over the years, because the authors were such great observers that the life cycles of insects deeply interested them, far more than just identifying 'that'. 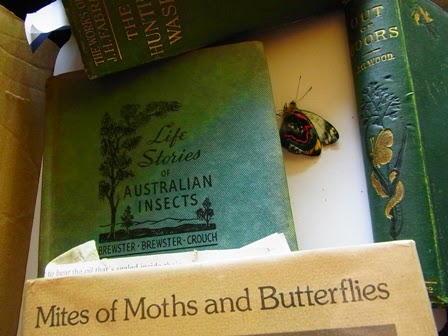 The Butterflies of Australia contains and transmits that excitement, in such lucid text that it's a joy to read. This book alone could launch any number of children of all ages into a life of exploration--of the natural world. One of the most important aspects of this book is the emphasis it places on describing the lives of butterflies and portraying them in a kind of Frans Hals snapshot--caught in a moment of real life (in addition to the equally excellent line drawings when necessary, of their structure throughout their stages of life).

My only regret is that this book, which should be sold in the likes of London's Natural History Museum shop, might well be overlooked by people outside Australia. It has worldwide relevance, so much so that I hope to see a book by these two, for the world.

Finally, in a practical sense, this large-format book is not just a coffeetable beauty. The authors call it a handbook and wish it to be dog-eared, and they're so right. It used to be a joke that every brown butterfly I saw had to be a 'common brown', but within one day, I'd gone beyond, and not only that, but that gorgeous dead thing I found on the beach was, I found within moments of opening this book, a.... well, I'm not going to say because this book opened up much more than just the name bestowed upon it, but the door to its life.

I cannot recommend The Butterflies of Australia too highly.
Posted by anna tambour at 1:26 pm No comments: 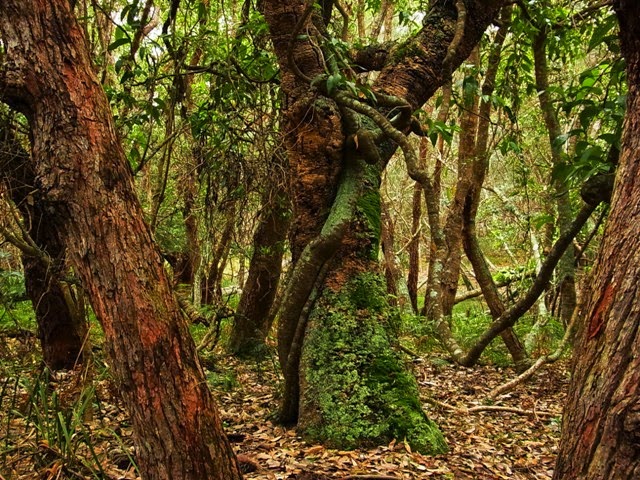 The bangalay (Eucalyptus botryoides) and partner at Narrawallee
Posted by anna tambour at 7:13 am No comments:

My new novelette in Asimov's

"The Gun Between the Veryush and the Cloud Mothers", a novelette, has just come out in the April/May edition of Asimov's Science Fiction. 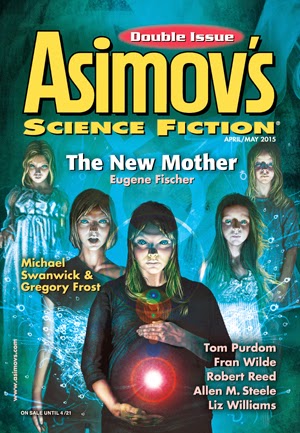 Table of Contents
Posted by anna tambour at 2:56 pm No comments: 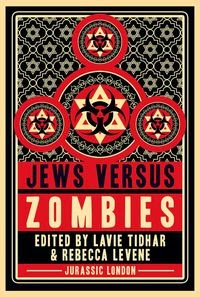 Foo on that falsie, "There are only seven stories". Jews vs Aliens, with stories by Andrea Phillips,Rosanne Rabinowitz,Eric Kaplan, Rachel Swirsky, Jay Caselberg, Elana Gomel, Gon Ben Ari, Lois H. Gresh,Matthue Roth, and Naomi Alderman. Published by the not-for-profit press Jurassic London, all proceeds from the sale of Jews vs Zombies and Jews vs Aliens will go to support UK charity Mosac which “provides practical and emotional support to non-abusing parents, carers and families of children who have been sexually abused.”

The Hugo Awards and democracy of the organised

Since the Hugos’ debacle this year has tainted the real purpose that the convention should have--for people to have that rare opportunity to meet face-to-face, and discover each other, to stimulate each other, to celebrate what we love and to have a chance for creators and readers to mix and appreciate each other--and since one of these people wrote to me wanting to pull out because “everyone will be just wanting to talk about the Hugos”, I strongly urge people who can get to that convention, to go, and prove the Hugos, a proxy for the state of modern American democracy especially, can be overcome.

And about those Hugos. I never cared about them, for to me, they only exist to prove that success earns success--the Hugos being awarded for popularity, not some undiscovered gem. I don’t know how lobbying of fans happened in Paleolithic days, but now, who hasn’t been lobbied tackily, imo, for any of the prizes which are ‘democratic’? That we have a case that is more blatant now than ever before, of block voting based on a ticket put forward by people who themselves wouldn’t get anywhere at all, if every eligible voter voted, shows one of the downsides of democracy where participation is so low that the result can be utterly a shock, it so much doesn’t reflect what it would if the thoughts of every eligible voter were channeled into the election results.

Instead, in democratic elections in say, Australia, ‘branch stacking’ takes the place of voter apathy, to drum up candidates. And because the most active people in politics in the USA are those like the ones most active in this Hugo mess this year, the US has a shattered donut for a political outcome, no center; only edges. And worst of all, there has already been a big win, without the Hugos even being announced, one way (no winner) or other. As Entertainment Weekly has covered the story, with the logo up top of not the Hugos, but one of these dangerous groups, they have won so much notoriety that they might even be able to look forward to a career at Fox, or as politicians.

As Esther Addley wrote about Katie Hopkins in the Guardian,


“There have always been outspoken columnists whose career thrived on provocation, but rarely quite to this extent. Hopkins calls herself a ‘columnist, broadcaster and businesswoman’, but she might equally be described as a professional troll, a self-styled pantomime villain for the online petition generation. It is a new phenomenon, notes Peter Mountstevens, managing partner of the PR and branding consultancy Taylor Herring. ‘Ten years ago, it would be hard to imagine such a meteoric rise. Social media has undoubtedly been her greatest asset, and the single biggest factor in helping her to create such a successful brand.’ ... She may be highly objectionable to many, but her success relies less on the neglected majority on whose behalf she claims to speak than on the swift and indignant outrage of those whom she so carefully offends. Perhaps the truth is that we rather like being trolled. ”

So, given that democracy of the organised has been most effectively used this year, by people who do not, we can only hope, reflect the views of The People--that ‘community’ composed of the eligible voters; and given that some of the shortlisted have already pulled out, I would suggest that if a simple majority of shortlisteds pull out, then the Hugos can be cancelled this year. There is another lobby for people to join just enough to vote (paying US $40), for the purpose of voting for No Award Given. To me, this just perpetuates the problems of democracy of the organised--even though the people who want this are good, and the people who are bad are truly bad. If the same process is used by both, then almost always, the most extreme will be the winner, for decent people leave in disgust, not having the energy nor the rewards, for fighting--and so evil will almost always win, for it’s soo much fun.

I hope that the bulk of thought and discussion extends from outrage, to reform of the system of voting for all these ‘democratic’ awards, with their shortlists. Even though this Hugo had more votes than any previous one, they are a fraction of the eligible electorate. There are prestigious awards given out with a ludicrously low number of votes, though somehow this number is like deodorant--more evaporative than is good for health. If the election had to receive a percentage, and I would say 51, of the eligible voters, before being validated as an election, then it would have both more accuracy of results, and be far less able to be taken over by any lobbying effort. If this results in many comfits never given out because of apathy, then so be it. Either there will be a renewal of interest or a realisation that there is a lack of.

And a btw, although there has been a lot of embarrassment, and Entertainment over this, with Joe Abercrombie’s “The Hugo Awards have never looked less like the future of anything,” quoted in EW, I am surprised. What the fuck do the World Fantasy Awards look like, with Lovecraft still being the Award?
Posted by anna tambour at 11:03 am No comments: