Though they are typically unsigned, editorials are almost never subversive, let alone as funny as a good cartoon—so The Times of India gets the Award of the Tickled Medlar Comfit for this plumb in their pudding.

"The new political insecurity has recast what was considered a perfectly respectable profession - sketching cartoons - as inherently subversive."
— Today's Op-ed in The Times of India,
Aseem Trivedi's arrest shows how colonial era sedition laws lend themselves to abuse 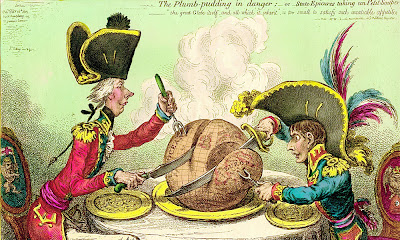 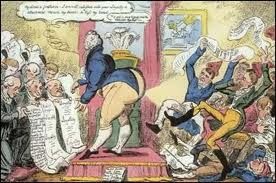 The pen is mightier than the word
There are many places in the civilised world today where politicians habitually and successfully sue writers for defamation—but in their vanity treasure cartoons in which they star.

"At a time when politicians have essentially become ridiculous caricatures of themselves, the work of political cartoonists becomes at once more important, and significantly easier."
– The best in Australian political cartoons, The Vine

A subversive  seditious  despicably self-promotionally professional  perfectly respectable plug
"To the mass of eyes working every day for the benefit of their respective citizens, the man on the end of the thin line high over the pavement is a painter, for that is what he must be, since he's painting, isn't he?"
– from the upcoming Crandolin
(its word-portraits of various professionals = > or < .456 % of 1 gc [good cartoon] )
Posted by anna tambour at 4:42 pm