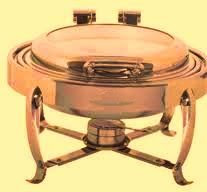 Never hunt your banqueting dish,
as you could cause it to faint, if not expire.

One of the curses of being a fictionist is that life keeps imitating your stories, and you want to say, "See here! It's not right to keep reporting things that have to do with my story, and all the while keeping the public in the dark about the story itself." (said to oneself with many !!!s)

So I'll announce right now that Gunkl Fleer would have made sure that no food source would ever need to be "making a new comeback from extinction" even if that claim were capable of truth. As for Gunkl Fleer, his existence won't be known to the masses of bitterns and other readers till Phantasmagorium (announced yesterday) makes its appearance.

In the meantime, enjoy the Telegraph's article, full of wreckless fancies:
Bittern: medieval banqueting dish that died due to hunting and loss of habitat