The ends of the earth are infinite 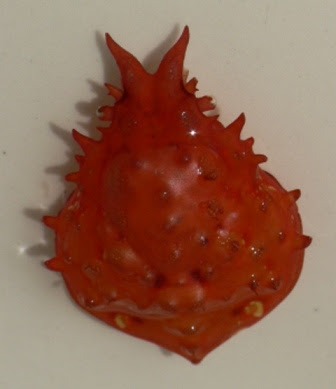 and the means infinitely worth scruting. 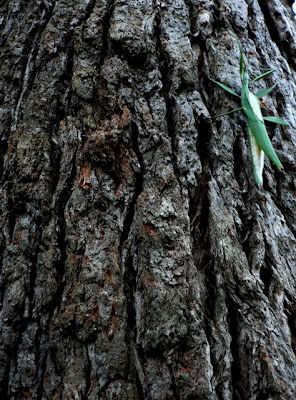 Gone to scrute, perhaps to get lost.

"What's she saying?" asked the toad of the donkey. "And you've eaten the last medlar comfit!"

"I think she's saying that," said the donkey. "Hop on my back and we'll explore the world."

"But the medlar comfits! Where will we find more?"

"I prefer chocolate," shrugged the donkey, "without crunchy bits. Are you hopping on?"

please return to us again one day after your need for lostness is sated,
your photos are only outdid by your words

You will be missed. Your photos are exquisite. Your words, thoughtful. And all in all, you bring a little beauty to every day.

I hope you decide to return sometime soon.

Thank you so much, CA and Alice. I haven't wanted to leave, but felt that I should. Blogs are quite unhealthy in many ways. There's the ego element in the ridiculous assumption that a blogger SHOULD post like a person should vote in an election - early and often. Like all demands to write regularly, this presumes that a person has something worthwhile to say, though a recent author bio makes me unsure of that presumption - "My 'splinter savant' talent" the author wrote, "is Hyperlexia - impossible to stop me writing due to a fascination with the written word."
That fascination has, to a large extent, replaced the fascination with the world, and I find that judgement of what is worthwhile, repulsive and damaging to the world - as scorning of the observational life and as damaging as math-addicts' projections (skewered so well in USELESS ARITHMETIC: WHY ENVIRONMENTAL SCIENTISTS CAN'T PREDICT THE FUTURE by Orrin H. Pilkey and Linda Pilkey-Jarvis). Hyperlexia-reverence is the reason, I think, for the vast seas of opinionated drivel that are rising faster than the oceans. The observation and reflection that should precede any communication are often considered nuisances to be avoided, instead of the epiphany experienced from them being the reason for communication. To say is to be. Just as 'writers' are urged to 'write every day', blogging, to be 'successful', must be constant, and to a certain extent, more casual and less honest than I want to be. I don't give a flying turd about being part of some masturbatory group, particularly one that is essentially formed of people trying to get somewhere by crawling on each other's back, as a 'community'. Yet the really good communities, and there are many, I am too shy for the most part to participate in myself, or honestly too lazy. So I'm the silent majority (?) there and haven't let many others know what I get out of the things they say. Many worthwhile sites die because the people who generously put them on, feel that no-one wants them. This is how I've been feeling with mine.
I've posted irregularly because I think that if there isn't something fresh to share instead of say, I don't see the point of saying anything. I don't like the emphasis on 'I', and I don't even like me saying all this. I don't want to leave but I don't want to be cynical, either, and I certainly don't want to think that I'm wise, and the world . . . A friend wrote to me the other day since I brought up my ambivalences. "A blog is not the medium for conveying the kind of ideas that you are conveying in yours," said the friend.
From the evidence so far, it seemed that the friend was right, and I haven't wanted to fall into the self-set snare of thinking "I think what I'm putting on is worthwhile, but almost (NOTE: ALMOST) no-one else does. There's something wrong with almost everyone else."
Instead, I have felt that I should just stop.

There's another thing, too, that bothers me a great deal - my hypocrisy. Sometimes I firmly believe that fiction is a better way for saying really serious things, and the more serious they are, the more I think that fiction larded with humour is the way to say them. I also believe from the bottom of my heart that fictionists should never come out openly and say what they believe, either in a fiction work (for otherwise, we might as well have these works paid for by the State) or in a non-fiction piece. They should set the piece so that the readers assess and make their own judgements. A reader might not even see what the fictionist is driving at. Tough for the fictionist, but them's the breaks. It means that the fiction is more real and not a manifesto. It respects the reader and the fictional world itself. And I've told about myself a bit in this blog, another no-no I strongly feel. The more readers know about a person who writes fiction, the less the fiction can have its own relationship with that reader. As a matter of fact, I think that the less a reader knows about the life of a writer, the better. The words should be what the reader thinks of, not the writer. We're unhealthily personality-fetished now, an irony, since the personalities that people dwell on so much, are themselves concocted. Finally, I have worried that this blog does SAY, that I've tended to PREACH. I HATE PREACHERS. So, in some sense, I want to take myself out back of the shed and tar and feather me. And the other part of me, the joyously non-caring, hypocrital part of me wants to continue to share what I see as wonders, foment quite unequivocally, and connect in a very from the heart sense with you and the few who drop in here.

Well, that was long, highly confessional, deeply personal, and totally hypocritical. I've got to go warm up the tar.

And that was written last night, thoughts that I posted neurotically and removed just as n., within minutes.
And now John Wilkins (http://scienceblogs.com/evolvingthoughts/)has kindly directed his readers here, and the small world has become smaller amongst us humans through Dean Francis Alfar's
(http://deanalfar.blogspot.com/)
readers around the world. And this morning I saw white ants repairing their home, and I want to ask you what you think of the problem posed by the phasmid who spent the night with us the other night; John Wilkins' poem and the whole PZ Myers poetry fest make me want to discuss the fact that scientists spin the most luminous threads of poetry and always have; and I want to lobby for science fiction that is based on life on earth, as even other scientists don't know the nth of what's going on and what is possible (and space is the last frontier, meaning in the past, compared to what we should be concentrating on now). I want to tell you to read Mary E. White's newest wonderful opinionated-after-observation book, EARTH ALIVE! FROM MICROBES TO A LIVING PLANET, but I'll instead, end this self-indulgence with a wonderful quote by her (a model observer) from her beautiful book: "The concept of survival of the fittest has operated since the beginning, and still operates, for all organisms, though chance has a hand in things as well. The natural laws that govern and control population numbers and maintain a dynamic balance in ecosystems are set by the Biosphere and should be called the 'Laws of the Biosphere'. Through technological and cultural evolution, facilitated by the big brain with the pronounced right hemisphere, the Human species has been able to function outside those constraints. We have enjoyed a honeymoon period during which (because of that highly developed right hemisphere) we have been able to BELIEVE that we, not the Biosphere, rule the world."

But it wouldn't be right to end this hypocritical rant without a full-on hypocritical posting - I present a poem by me. It first appeared in Elsevier Science's (sorely missed) HMS Beagle:BioMedNet Magazine, and in my finest hour was asked for to be reprinted by the Society for Chaos Theory (I could only understand my poem in their publication, and their announcement of meetings).

Did nature in creation spurt with math as part of One,
or are numbers a religion making all obey to Sum?

Whatever be the truth of it
I never feel less grave,
Than when Nature to The Numbers,
refuses to behave.

A note on the 'hyperlexia' claimed in that writer's bio that I spoke of above. The story it accompanied was excellent, not a rave like mine above, but succinct, poignant and very well told. I think that the writer is influenced more by the fashion to have a pet malady with an associated talent condition (and anyone who isn't alienated as she mentions she is, and her fellow syndromites, by much of the social world must be a Zombie Refried Bean). I hope hypolexia never strikes this writer, for it is not such a socially desirable condition. And in the meantime, while the urge to say is upon her, I hope she writes some more stories as good as this, no conditions needed.