Can you crack the Mystery of the Curious Case? 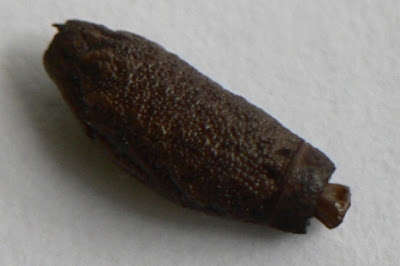 "Should we hand out a prize for solving the Riddle of the Case?" asked the goanna.

"For everyone who sends an answer?"

"Of course not," said someone else.

"It's not a riddle. Riddles are . . ." said the wombat, climbing down from a high log. "And why is this in past-tense?" he added as he walked away.
"Do you talk in past-tense?" everyone heard but pretended they didn't.

Here, I am happy to say: female spiders don't rule any more than people with common sense, tiresomely superior wombats, or spiders who are too awfully keen on a prize.

Prizes will be given to: not just anyone who writes in, but some.

Prizes will be handed out for:

Nothing dull in between
(adding up to a maximum of 3)

What are the prizes?
"A box of medlar comfits!" the rainbow lorikeets shriek. "Let us lick them first!"

"Keep your brush-tongues off the comfits," a kookaburra brays — easy for him, as he doesn't crave sugar. He flies down from his branch to snatch a lizard stalking a praying mantis eyeing a peanut-butter tasting . . .

"Recognition should be enough," says the wombat, and climbs up on a log.

What are the prizes?
Some busy, loyal insects in my household tell me to award copies of my books. "That's like giving a spider a silk scarf!" say the bones who lay (some would say lie but I cannot tell as lie) about all over my house — bones I care for, though I should grind them up and throw them to out to the cruel and frivolous winds; and instead, collect dried hearts.

I have, nevertheless taken the honest bones' advice. If you are one of the lucky winners, Cracking the Mystery of the Curious Case, you will receive your very own obituary, written, painstakingly, and with meticulous disregard for accuracy, just for you!